You want to document your life: either because you want to pass on your personal experiences and biographies to the following generations. Or because there is a family or company anniversary.

I conduct oral history interviews with yourself and close friends and relatives. If wanted I research archives for documents of your family or the time you are presenting. As a result of my research I provide you with a complete documentation (print, video, audio), which you will be proudly present to others.

FROM GERMANY TO AUSTRALIA AND BACK
There were many German first names in the family. But apart from that, 30 year old Australian Rebecca R. only knew some vague stories about great-grandmother Martha T, who left her toddler son Bruno with her family in east Prussian Tilsit in 1929. After WWII he managed to briefly reunited with her through the Red Cross. Later he emigrated to Australia and founded his own family. Rebecca knew grandfather Bruno had German step-siblings. And that he kept in touch with his mother until 1982. But he hardly ever talked about all this and died in 2007.

In 2009 Rebecca’s family commissioned me to find information on Martha’s whereabouts and her German children. In summer 2010 I had found Martha’s grave as well as Bruno’s step-sister Brigitte. She was in her 70s and did not know anything about the Australian part of the family. And although she believed me and talked to me, she was not willing to meet with her Australian family. So I could only take Bruno’s son to locations that his grandmother Martha T. had known, visited and lived at. Family history could not heal completely. 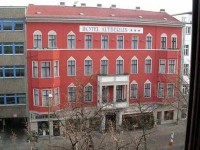 HOTEL ALTBERLIN – WOSNITZA-BERLIN.DE
“In most hotels you wake up and ask yourself: which city am I in today? In Hotel Altberlin it’s different: you wake up and think: that’s Berlin,” a regular guest describes the atmosphere.
But put more precisely he should say: that was Berlin. From furniture to food to clothes, this Gründerzeit oasis at Potsdamer Strasse takes you back to the 1870s, when Messrs Haberlandt and Kraatz bought the building. Just like today the Potsdamer Strasse was a mix of poverty (soup kitchen at the church), comfort (summer houses of rich Berliners), social open-mindedness (extension of the women’s clinic by wards for men and boys) and cultural avantgarde (literary parlor at Ernst Dohm’s and his emancipated wife Hedwig).
During a month-long mstreet media network project called PotsTandem I used address books and the book “Potsdamer Strasse” by Sibylle Nägele und Joy Markert to look back, research the exact construction dates of the building, the owner’s professions and the names of inhabitants. In a second step I interviewed the owner and regular guests to find out more about the hotel’s recent past. 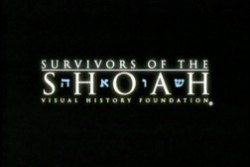 SHOAH VISUAL HISTORY FOUNDATION
The goal of the Shoah Foundation is to document the experiences of Holocaust survivors. I am grateful that I was able to support this goal in Berlin and that survivors trusted me enough to tell me their personal stories.