If you need documents, contemporary witnesses and background information for a book or an exhibition project, I can provide you with all the necessary information and contacts needed to get you started. If you wish, I can provide additional support in the form of research, organization and translation. 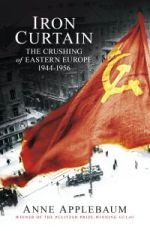 IRON CURTAIN: THE CRUSHING OF EASTERN EUROPE, 1944-1956
Anne Applebaum, Washington Post columnist and Pulitzer Prize winner, worked six years on her book about the Stalinization of Central Europe after WW II. She focused her research on the individual development of people confronted with the radical changes of the political systems and the dilemma to choose between fleeing, fighting or joining the new regime.
As a researcher, translator and producer I worked both with Anne Applebaum and also independently on the part of the book dealing with the SBZ/GDR between 1945 and roughtly 1953. I researched in archives, interviewed eyewitnesses, excerpted primary and secondary literature and translated in interviews and archives. 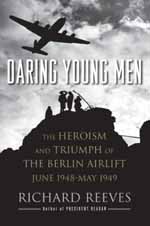 DARING YOUNG MEN
Richard Reeves, author and syndicated columnist whose column has appeared in more than a hundred newspapers since 1979, came to the American Academy in 2007 to research a book on a history of the Berlin Airlift, scheduled for publication by Simon & Schuster in 2009.
Reeves: “I write narrative history, so I needed characters – and there were plenty beginning with Truman and Stalin. Men of history. They are easy to find. It is harder, but more rewarding, to collect the stories of the uncelebrated airmen, mechanics, weathermen, ground controllers and uncommon laborers who were among the 60,000 men and women who kept the airlift going for 322 days until the Soviets backed down in May of 1949.”
I helped Richard Reeves find “uncelebrated” German mechanics and time witnesses, guided him to relevant archives and provided background information where needed. 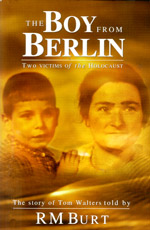 THE BOY FROM BERLIN
The Book The Boy from Berlin by RM Burt resulted from a Yorkshire Television documentary, in which I accompanied Thomas Walters to locations from his childhood in Berlin. With no memories from his early life except for a few photographs, Walters’ curiosity grew and he asked me to do further research for him in the south of Germany. On a second journey we visited the children’s home from which he was able to flee from Nazi Germany to England. We also went to the farm in Allgäu, where his mother – who was murdered in Auschwitz – had spent much time before he was born. 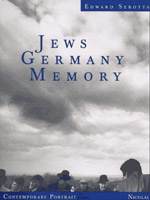 JEWS  GERMANY  MEMORY
As an assistant to Edward Serotta a Centropa in Berlin I worked on several projects, engaged in research, organization and translation. Of particular importance was the book and exhibition Jews Germany Memory. 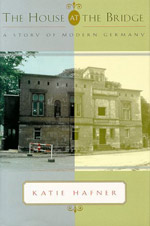 THE HOUSE AT THE BRIDGE
The Villa Schöningen, located at Glienicker Bridge between Berlin and Potsdam, served American journalist Katie Hafner as a backdrop to the political and social changes in Germany between 1843 and the 1990s. The garden architecture, the banker family Wallich, the children’s home, re-unification, the reassignment of property and much more – the villa and its inhabitants presented rich material as time witnesses. I was part of a team putting these facts into historical perspective.