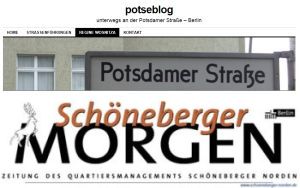 I am a local journalist at the Potsdamer Straße in Berlin. Since 2009 I have been blogging under the heading of On the road at Potsdamer Straße . From 2010 and 2012, I additionally reported for the neighborhood newspaper Schöneberger Morgen.

In this neighborhood I combine my profession and my community involvement. In the area between Landwehr Kanal and Kleistpark daily events correlate to what I have been researching and writing about since 1992: a conflict-ridden history, social life in all its facets and fascinating culture. Here I report the stories, events and life wisdom of daily life for residents and visitors to illustrate the richness of this street in central Berlin.

From 1995 to 2001 I was the German correspondent for the weekly Jewish Chronicle in London. It was a very moving and exciting time for the Jewish community in Germany. After the fall of the Berlin Wall and German reunification, there were a lot of discussions, setbacks but also forward-looking decisions for the co-existence of Jewish and non-Jewish people. Here is a selection of the articles I wrote at that time. 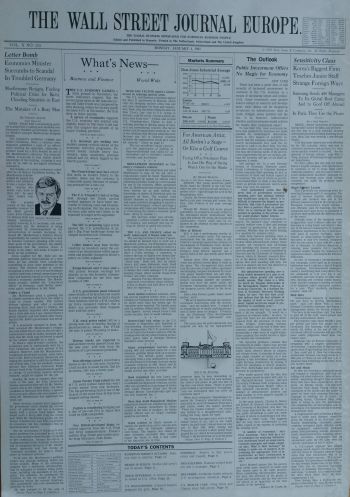 From 1992 – 2006 I worked for TIME Magazine, The Chicago Tribune, The Dallas Morning News, The Baltimore Sun, The Philadelphia Inquirer, German Life and The WSJ Europe. I was reporter, producer, interpreter, office manager in one. And from time to time I worked as a journalist.